Three years ago when I was still living in Berlin, a good friend of mine shared with me a copy of her Paris Review to show me an image of this luscious oil painting by a Filipina American painter living in Brooklyn. The subject of the painting was family and it was painted in swaths of large gestural and washy brush strokes full of rich greens, burnt umbers and deep reds. “Do you know her?” my friend asked. I didn’t, but that painting inspired me to look her up immediately as soon as I moved back to the U.S. As a Filipino American artist interested in other Filipino Artists, I was inspired by Maia Cruz Palileo’s ability to convey a sense of nostalgia in referencing the photograph as a snap shot, but still being very painterly within the milieu of her cultural identity as a Filipino American. 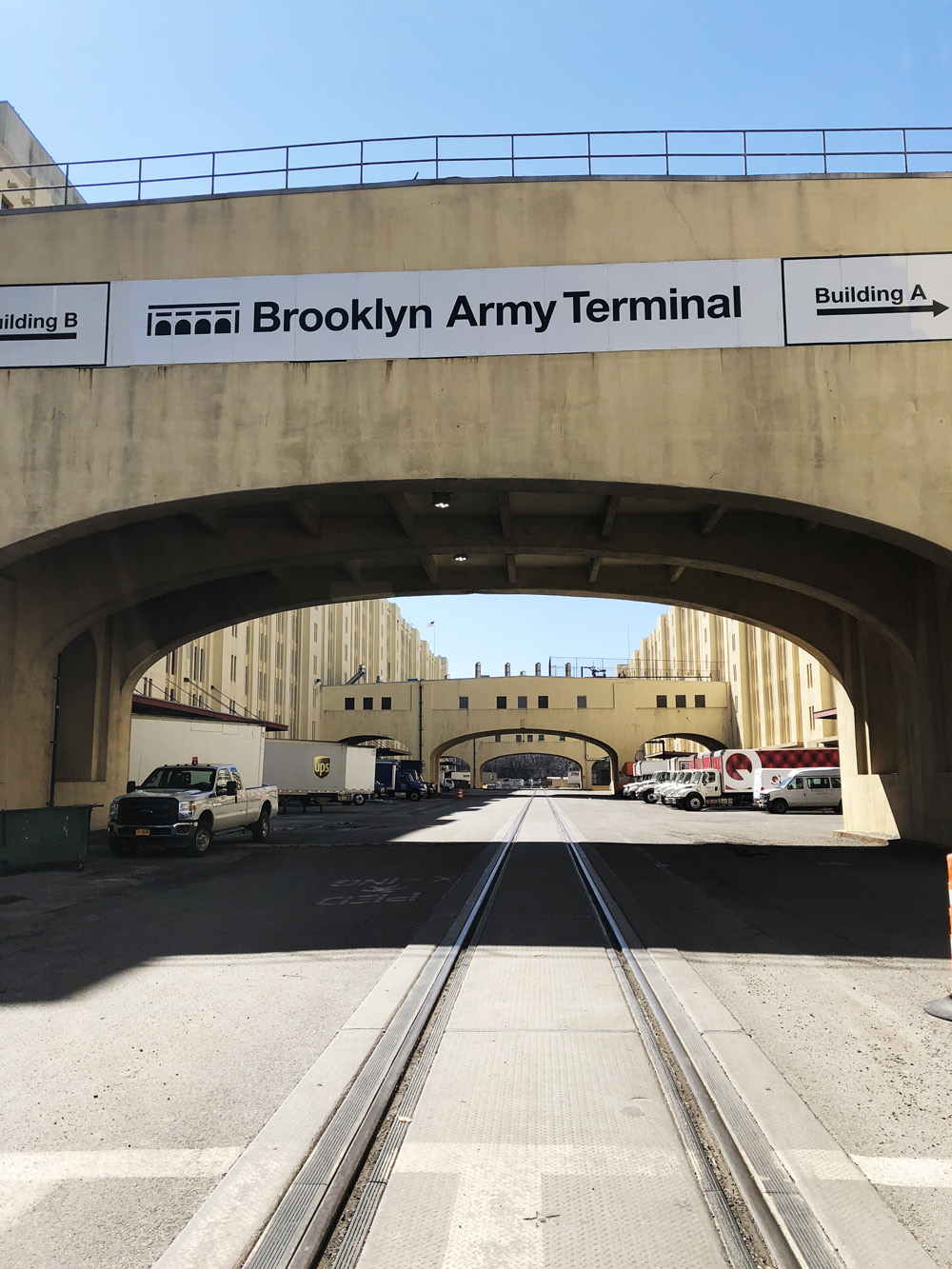 Thanks to Facebook, I did find Maia and connect. After a few years of communicating back and forth, we finally met up this past March in her Brooklyn studio located at the Brooklyn Army Terminal in Sunset Park.

I took a Lyft car service from Penn Station where I disembarked from a four and a half hour bus ride that originated from Bethesda, MD. About 30 minutes later, I was dropped off in front of what looked like an arms factory with buildings named A, B, and C. The entire area was gated and had security booths housed by guards. It was barren and utterly quiet with not a soul in sight — a nice contrast from the loud traffic of Manhattan and Hwy 278. From the gate was a magnificent view of the expansive Hudson River under a blanket of blue open sky. It was remote and peaceful. After texting that I was there, Maia came jogging to meet me dressed in a denim button down shirt and jeans. It was almost like we had known each other for years.

Maia led me through what seemed to be a labyrinth of hallways and doors to her studio tucked in the back among 20 other spaces. In the middle of her well organized square studio was a large work table covered in brown butcher paper where we sat to have some tea.  We discovered how similar our backgrounds were. Both children of doctors who grew up in the midwest and ended up out east for school and eventually work as artist and part time educators. 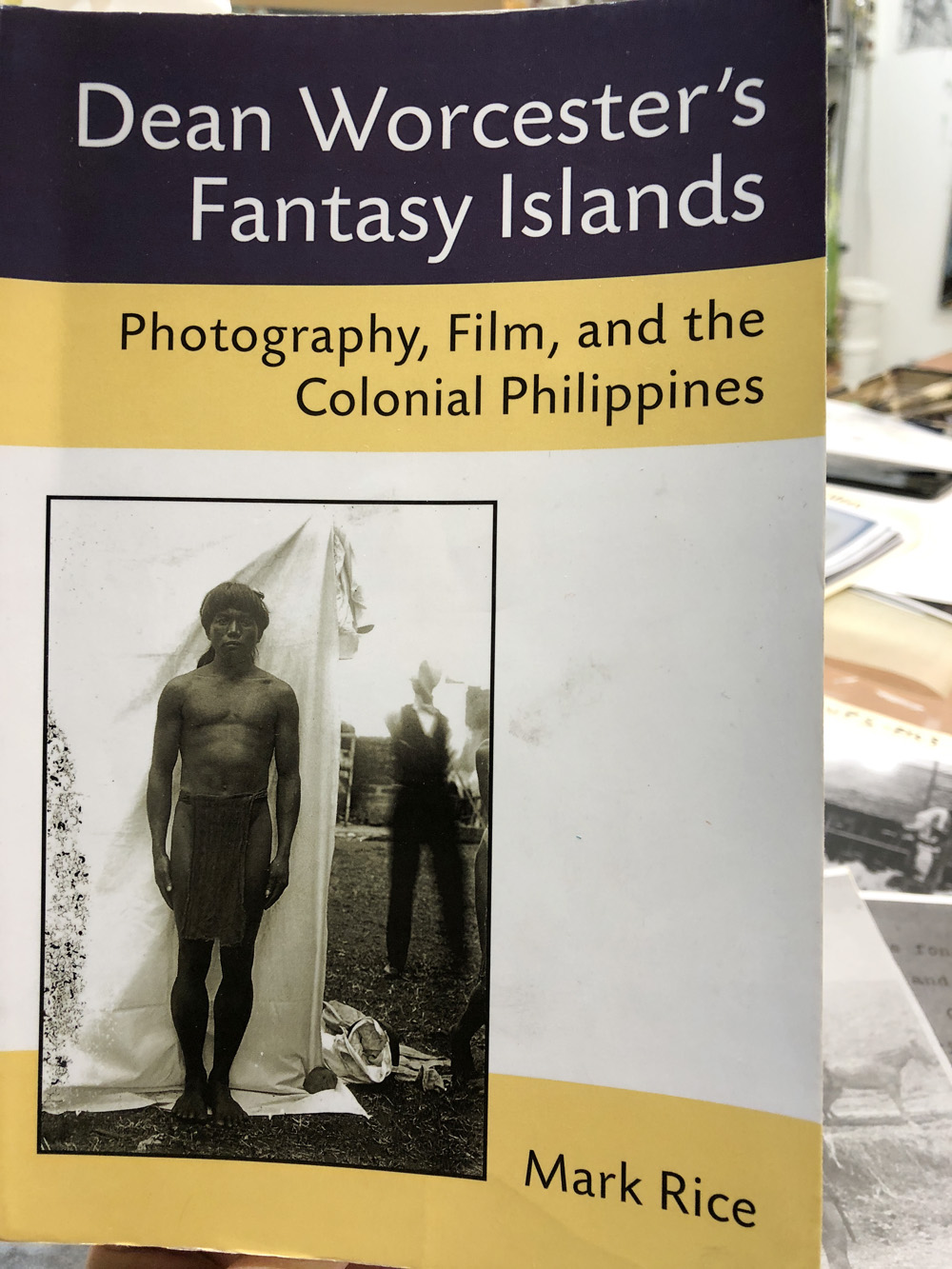 Maia’s work straddles both the personal realm and the tumultuous political history of the Philippines . Last summer she spent time at the Dean C. Worcester archive at the Newberry Library in Chicago as part of the Jerome Foundation Travel and Study grant. It was there where she discovered a lot of the images she is now turning into drawings, rubbings and paintings. At the studio she showed me a book by Mark Rice titled Dean Worcester’s Fantasy Islands that addresses the imperialist history of his research in the Philippines during the American Colonization. The history of the American colonization of the Philippines is practically forgotten or simply overlooked in our institutions of learning. Many Americans today still don’t know about the 50 years the U.S. considered the Filipinos as their  diminutive “little brown brothers” during a time when the Philippines was annexed along with Puerto Rico. It was moving to talk with a fellow artist who found this troubling time period to be equally potent and influential in ones own work as a post-colonial visual artist. Her use of memory and place through photography and design is genuine and poignant. 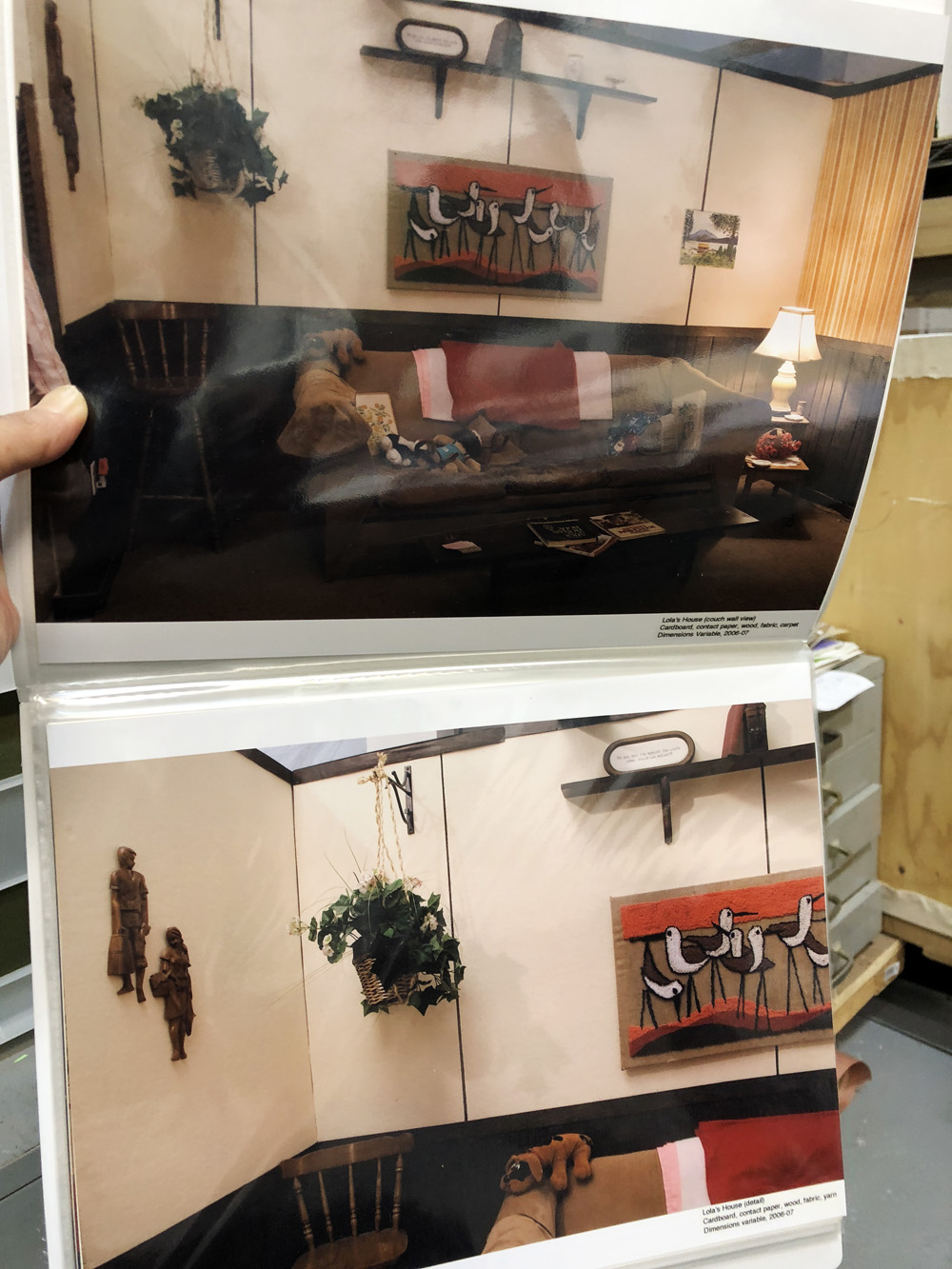 After talking about her research, she then showed me photos of her thesis project as a graduate student ten years earlier from Brooklyn College. At the time Maia was not painting but making sculpture. Her thesis was a replica installation of her Lola’s (grandmother’s) living room from the time when she was a kid. She included as many details as possible including plants and art work. These details are purposeful signifiers of a Filipino immigrant household. At the time, many first generation families hung a giant pair of wooden spoon and forks in their homes as well as Tinikling (bamboo dance) dancers as a way to remember and honor the Philippines. 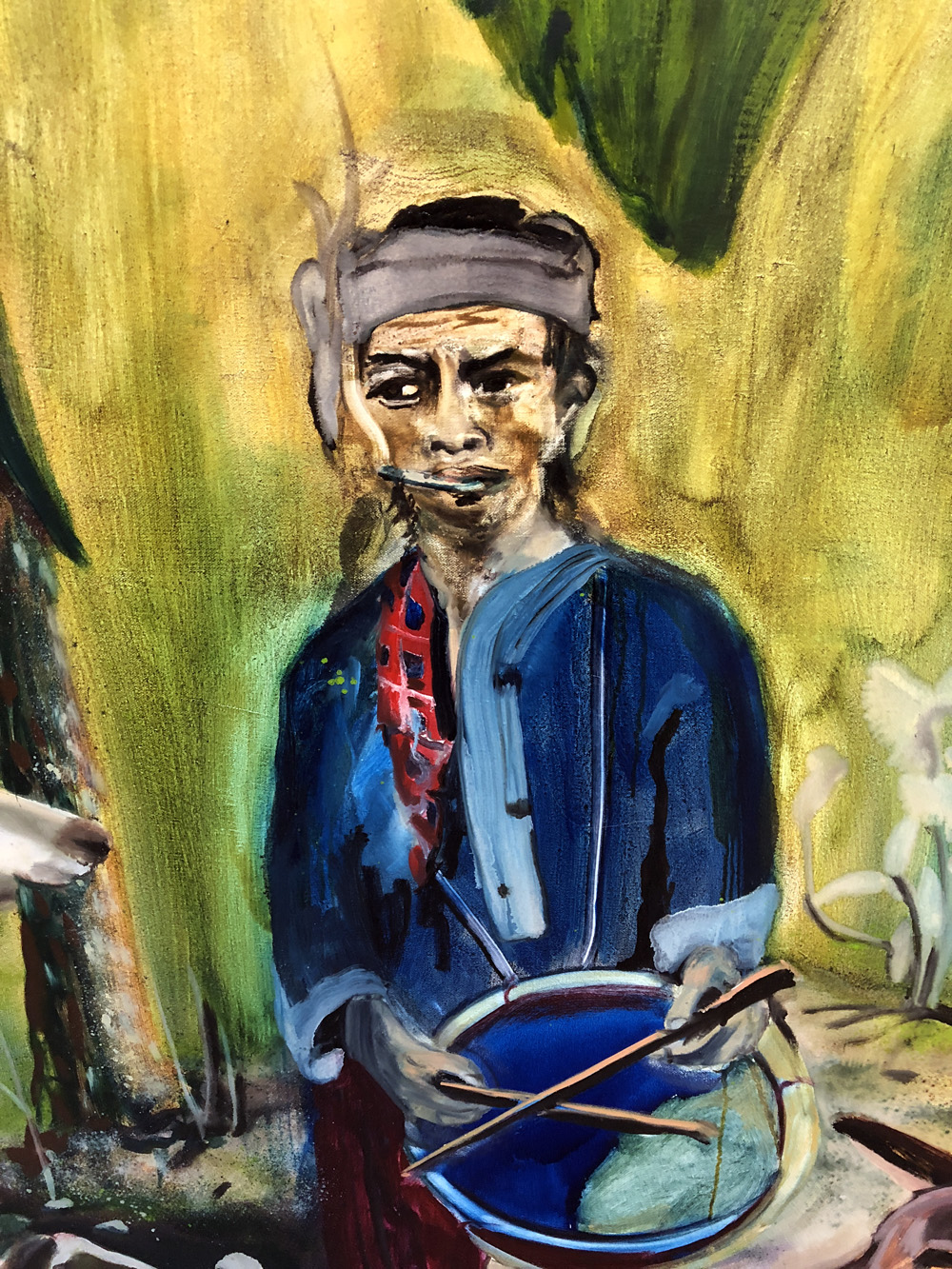 Maia’s craft in oil painting (see video link with Maia mixing paint and me talking about tofu adobo) is marked by a love for a diversity in marks and gestures that are layered with shape and light. While there is so much texture on the surface, her paintings exude depth and atmosphere that support the profundity of her subject matter. It’s easy to fall in love with her paintings, drawings, and sculptures as they are playful and serious all at once. A quality that many Filipinos can relate to and perhaps something that uniquely defines who we are and how we cope as Filipinos as we continue to immigrate to all parts of the world.

I will be organizing a solo show of Maia’s work at the Katzen Arts Center at the American University in Washington D.C. in July, 2019. Stay tuned for more details as it gets closer.

For now, Maia currently has a show up at Pioneer Works through July 8, 2018 that is getting amazing press. Read the reviews here:

Financial Times, Artforum, and All Arts.

She is represented by Taymour Grahne Exhibitions  in London where she has an upcoming show this Fall 2018. When the gallery was in New York, she had a solo show of her work titled “Dear, Dear, Dear” in 2017.