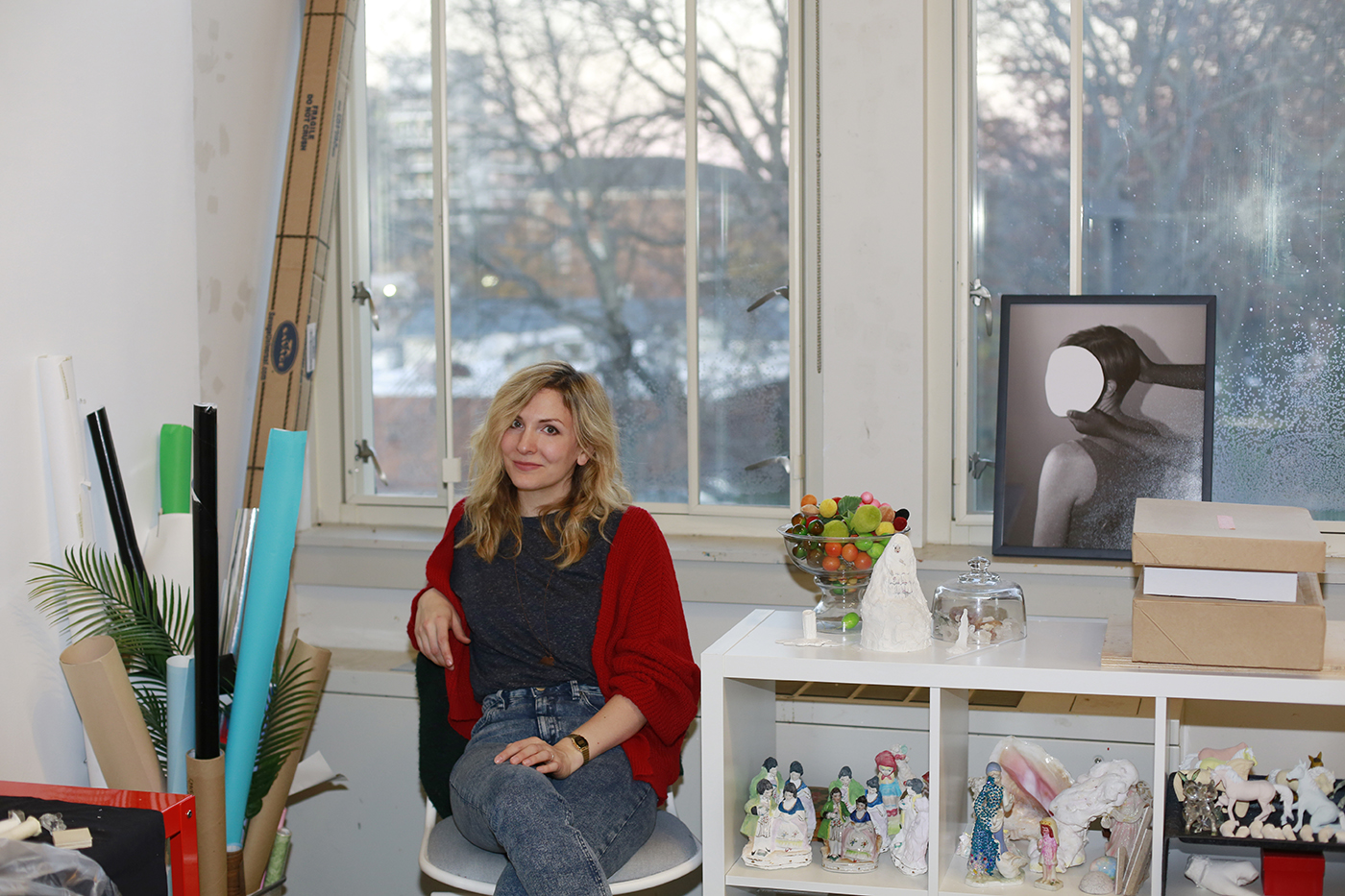 “Everything I am doing right now is new,” says artist Marissa Long. She is seated in her studio at the Arlington Arts Center (AAC), casually leaning back in her chair and emanating confidence. Her previously produced photographic images are composed with a sense of duality, and questions the reality the piece depicts. “I like de-stabilization and questioning and strangeness in things I make because it feels closer to some kind of truth.”

This investigation follows into her current work. “I used to sometimes make or alter small objects to be photographed. Since I’ve been at the Arlington Arts Center, I’ve been working almost primarily on larger objects that are meant to exist in their own right.”

She is currently working towards a solo exhibition, opening at the AAC in 2019.

As I look around her studio, it becomes clear I have met Long at a transitional and exhilarating point in her career. Organized around her are various items, ranging from large stacks of plywood to a collection of half spent candles. On display is a work from a series entitled Portals. It depicts two lit candles on either side of a suspended black oval, the only suggestion of depth being the shadows cast by the objects. “I am interested in the sense of sacredness and ceremony that candles carry with them,” Long explains, and has plans to include them in one of her upcoming installations. 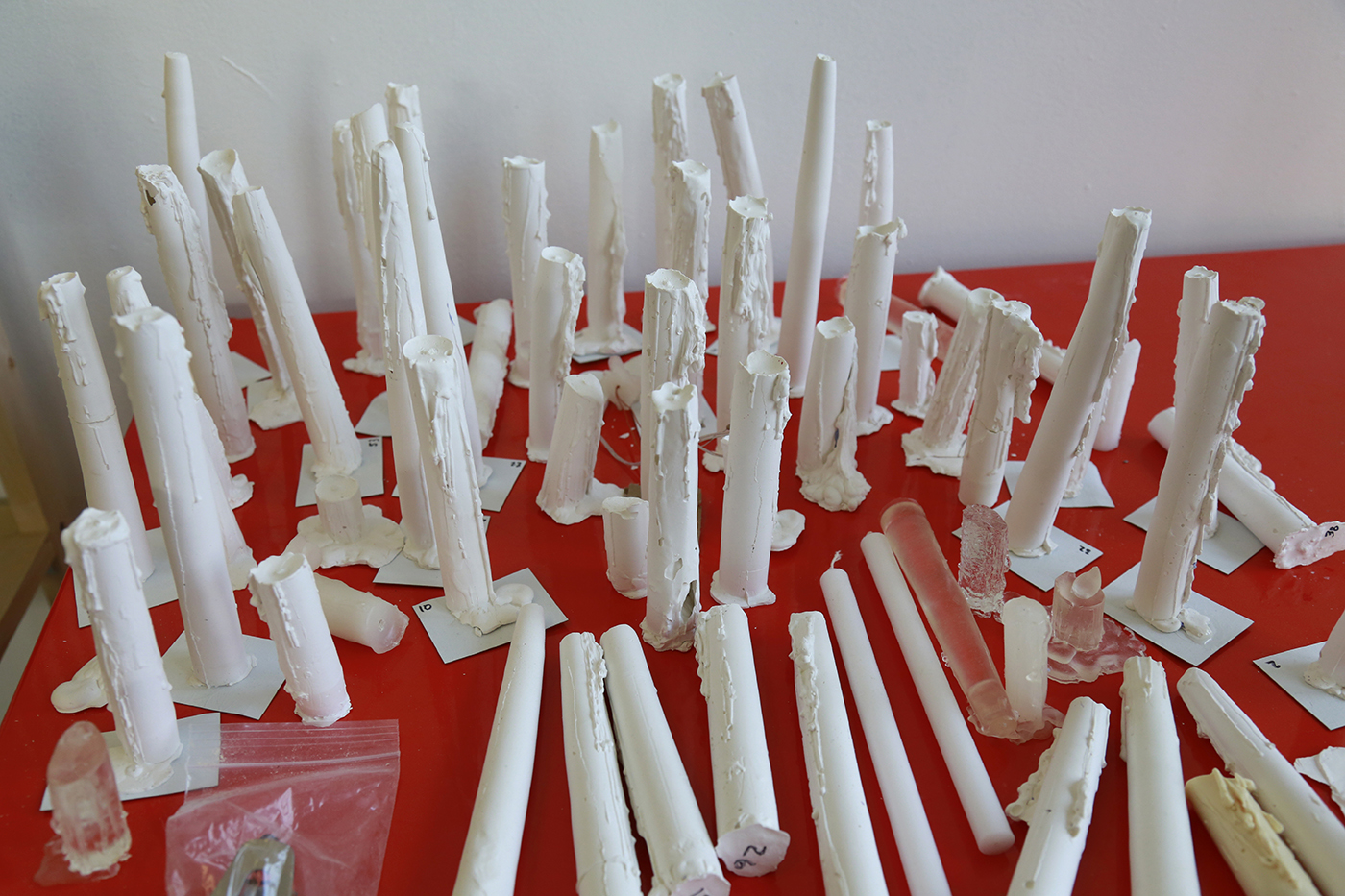 Currently she is working on a sculpture of a table with resin candles, one side with brighter flames, and the other side dim or flameless to contrast. Long explains, “I’m thinking of it as a ‘disappearing vigil’, and I think it’s about loss over time, losing something important as it’s still right in front of you, or losing your own ability to show up and be present with the weight of that loss.”

When discussing goals as a professional artist, Long first and foremost states that she wants to make works that feel like the complete versions of themselves. Since acquiring the dedicated studio space for her to create work, she feels now her practice has room to grow and develop.

“I’m here all the time, as much as I can be. People always talk about how, to have a consistent practice you need to show up regularly. I think that’s definitely true, but if you don’t have a space to show up to that’s conducive to the kind of thing you’re trying to do, it can be a frustrating experience. DC has not always felt like the easiest place for me to exist as an artist. I feel extremely lucky to have this space I do now, and now that I have it, I show up.”

Our interview concluded with Long describing a vivid memory from her childhood, when she entered a display room being dismantled just after Christmas. The space was barren, apart from a small Christmas tree and discarded tinsel and ornaments littering the floor.

“The room became an organic display of detritus that I could discover myself in an unexpected way that felt more real. I’d like to make some work that has some of those feelings. Things to do with loss, and memory, and magic, and distortion over time. I’m definitely in a transitional place right now with making work. I’ll think and write about it and refine more later, but at the moment, all I really want is to make things that seduce me in that way. It’s kind of a scary, romantic time.”

To learn more about Marissa Long’s work and stay up to date with her latest work, please visit her website: http://marissalong.com

Valerie McKenna was born in Leesburg, Virginia, and spent most of her life in northern Virginia and neighboring parts of Maryland. She attends George Mason University (GMU) full time, where she is pursuing a Bachelor of Fine Art in art and visual technology with a concentration in photography and a minor in environmental science. Most of her work highlights environmental issues and aims to ask viewers to acknowledge the world around them. She completed this interview as one of her projects for a Professional Practices Course (taught by TSV Director Isabel Manalo) at GMU.